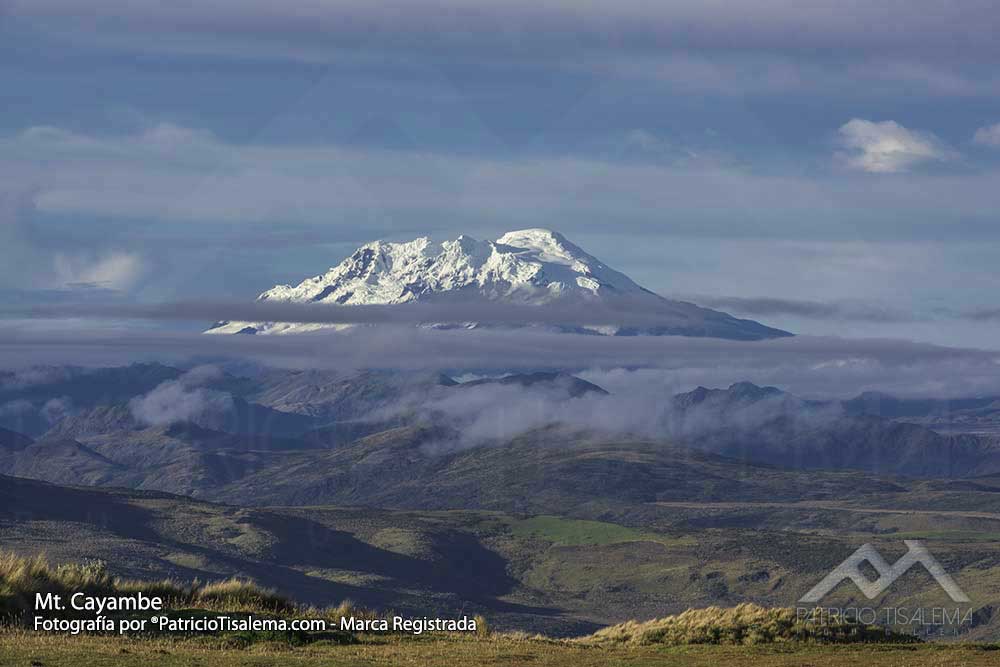 Imagine that suddenly you are walking on one of the most important ecological reserves of Ecuador , where there are unique species of flora and fauna surrounded by mountains with glaciers, whose watersheds are the main source of water of continental Ecuador ;  being on the equator , these very close to the highest peak in the world. This is fascinating, isn’t it ? Sure, I will invite you to meet the Reserve Cayambe – Coca .

A huge reserve that conteins one of the most important snow cape mountain.

Cayambe is the highest snow cape mountain in the world, which is crossed by the equator glaciers , becoming , with its 5,790 meters above sea level , the third highest mountain in Ecuador . This wonderful colossus keeps a secret . On 20 March each year at the equinox ( day when the length of day and night is the same all over the planet ) as the sun goes down perpendicular on its surroundings that does not generate shadow. Incredible but is true!

This reserve protects one of the main supplies of water in the country, here they are born their important watersheds. Occupies four provinces: Imbabura and Pichincha in the Sierra (25%), Sucumbios and Napo in the Amazon (75%) Within its boundaries are four important elevations: Cayambe (5,790 m), Reventador (3,485 meters), Sarahurco (4,725 ) and Tips (4,425 meters).

Location: Northeast of the country

It is the third highest volcano in Ecuador behind Cotopaxi and the highest peak in the Andes north of the equator. covered by a large ice cap covering an area of approximately 22 km2 and reaches a thickness of about 30 to 50 m in the area of the summit

Main route: runs through an area of moderate inclination and only in the final part of its slope is increased to 45 ° with cracks and seracs. It is a preferred even by ascensionista little or no experience destination, it is in the mountains and further training for initiators

The first ascent of the Cayambe made the expedition formed by the British Edward Whymper in 1880. His ascension requires no further technical requirements but be extremely careful with countless cracks, especially at the beginning and end of the climb.